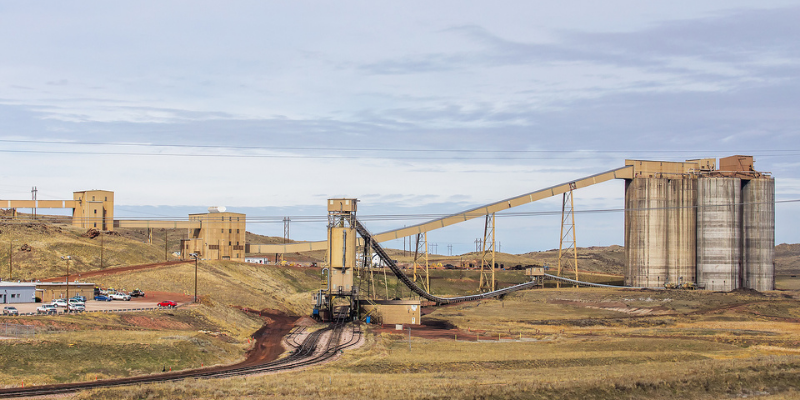 In November 2020, the European Commission announced plans to establish new rules to prevent methane leakage from the energy sector.

As a powerful greenhouse gas (around 28 times the potency of CO2, depending on the timescale), methane control can be an important factor in meeting climate commitments. As much as one third of global methane emissions from human activities arise from the energy sector. It therefore makes sense to scrutinise methane measurement and control within the sector to ensure that all potential methane emissions are quantified and controlled. However, the EU should ensure that any new regulations are sensible and proportionate.

The UNECE Experts Group on Coal Mine Methane (CMM), of which the IEACCC is a member, called an urgent meeting on Thursday 11 March to compile comments and feedback for the Commission’s coal consultation session which took place online on Monday 15 March. The information below is extracted from presentations, conversations, and meeting notes from both meetings.

The proposed new policy deals with the energy sector as a single entity – coal, oil, and gas together. The proposal uses the term “leak” to refer to emitted methane. For the most part, methane emissions from oil and gas are from identifiable point sources or pipelines – sources which are relatively easy to locate and control and can be considered ”leaks”. However, the point of origin of methane escaping from coal mines cannot be so readily identified. For example, the Bezirksregierung Arnsberg, the District Government in North Rhine Westphalia, Germany, openly describes its network of around 13,000 coal mine shafts and tunnels as “swiss cheese”. These are not sites at which operators can easily install “leak” measurement and control technologies.

CMM in working mines in Europe is already extremely well legislated and monitored. Standardised instrumentation is used on site, largely for safety purposes in underground mines, and emission factors are used for releases which are more diffuse, for example, for methane escaping from surface mines. The amount of methane emitted during mine operation can be reduced by pre-draining and controlled venting or flaring.

Abandoned mine methane (AMM) is generally an ownership problem

Older, abandoned mines were historically operated under more lenient legislation and some have no active/current management. These sites may give rise to continuing methane emissions. Ownership can be contentious – the ownership of the gas may be completely distinct from the ownership of the land. This can lead to issues of who takes responsibility for legacy sites.

Any requirement for methane recovery following mine closure could be a “legal nightmare”. Mining land is commonly granted in bond and the rights and responsibilities for the land end once mining stops. The ownership of mining land as well as potentially separate ownership of gas rights, varies from state to state. It is important that the EU leave this ownership issue to member states to resolve. This does not mean that the AMM sector should avoid European Commission oversight – quite the opposite – it is important that all methane sources are identified and quantified. However, this would be best in the form of guiding principles to be clarified regionally rather than prescriptive Europe-wide regulation.

Methane from coal mines should be recognised as a potential fuel, not released as a waste gas

Methane from coal mines is a double-edged sword – capturing and using or destroying it reduces its contribution to climate change. However, the methane is also a valuable fuel, even at concentrations of 0.3% or below, as identified in several previous IEACCC reports. The technology to capture and use significantly greater quantities of CMM and AMM in Europe are already available. The cost of capture and use of AMM is around $10-15/t CO2-e whilst the cost of CCUS is currently around $60-100/t CO2-e.

The sector needs a carrot, not a stick

Methane control could be vital for meeting Paris Agreement targets. Those with the capacity to increase methane capture and use should be encouraged to do so, rather than risk financial punishment for not doing so. And the coal sector has already demonstrated that incentives for using coal mine methane genuinely work. Germany has the most active AMM industry in Europe, using up to 99% of the methane from closed mines. This success has been down to the feed-in tariffs and market incentives that were provided for these projects. The UK also uses about 58% of its AMM thanks to the tax incentives available through the Climate Levy. Conversely, for comparison, Australia has no legislative framework covering AMM ownership and licensing and no incentives for AMM projects. Unsurprisingly there are only a few AMM projects in operation in Australia.

Meridydd Evans from Pacific Northwest International Laboratory provided an excellent summary of the key policy actions to increase mine methane use.

The overall consensus of the UNECE Experts Group on CMM was to recommend that the European Commission accept that methane emissions from oil and gas differ significantly from those from coal. Care is therefore required to ensure that any new rules are appropriate for each sector and kept distinct when necessary. The Commission should recognise that the coal sector has significant experience in both monitoring and control of CMM. It is clear that increasing methane capture from all sources is necessary to meet climate goals. However, the cost of this should not be forced upon the coal sector as this could lead to exacerbation of just transition issues. Rather the Commission should build upon the skillset available within the CMM sector and should identify means to promote methane capture through economic incentives.

The public have until midnight on 1 May 1, 2021 to feedback via this link.