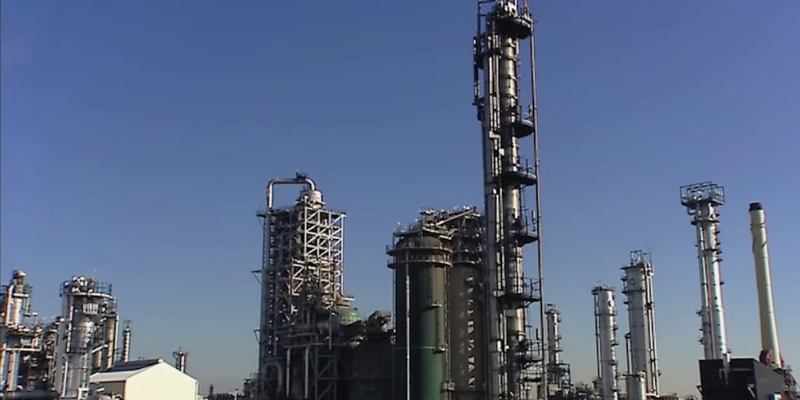 The postponed 15th International Conference on Greenhouse Gas Technologies (GHGT-15) was finally held last week and, although the event was still ably hosted by Abu Dhabi’s Khalifa University, delegates enjoyed a slick virtual platform in the place of a trip to the Gulf. Organised by our sister organisation, the IEA Greenhouse Gas R&D programme, GHGT is the world’s largest event devoted to all things carbon capture, utilisation, and storage (CCUS), with this edition once again providing valuable updates and insight on technology and policy developments around the world.

As I highlighted in a previous blog, 2020 was seen as a good year for CCUS, thanks in particular to positive funding and policy announcements in Norway, the UK, and the US, as well as the hope that China’s ‘net zero’ commitment will accelerate interest in the technology. A keynote from the IEA outlined their well-timed recent publication ‘CCUS in clean energy transitions’, which identifies exactly why carbon capture is so essential for achieving net zero targets and what can be done to ensure it sees greater adoption. The technology accounts for nearly 15% of total CO2 cuts in the IEA’s ‘Sustainable Development Scenario’ (achieving net zero by 2070), and is seen as pivotal in addressing emissions from existing infrastructure and ‘hard-to-abate’ industries, enabling the use of clean hydrogen, and allowing carbon removal from the atmosphere.

Much of the recent revival in CCUS has been spearheaded by major oil and gas companies, many of whom have also committed to net zero targets and have the appropriate engineering expertise and financial clout to make CCUS part of their solution – and perhaps their future business. A keynote from the Oil and Gas Climate Initiative (OGCI) outlined this industry group’s efforts to develop CCUS, including an open database of global CO2 storage resources, funding for promising technologies and projects, and perhaps most significantly, the ‘KickStarter’ initiative which identifies and supports the development of promising CCUS industrial clusters around the world. A leading example of such a cluster-based approach is Norway’s ‘Longship’ project, presented in the same plenary session, and also developed by an oil and gas consortium with the support of the Norwegian government. The Conference’s arrival in the Middle East clearly signals growing interest in the hydrocarbon-rich region, linked both to decarbonisation goals and opportunities for using CO2 in enhanced oil recovery (EOR). The Abu Dhabi National Oil Company (ADNOC) was the first in the region to develop a large-scale CCUS facility, capturing CO2 from an Emirates Steel plant since 2016, and they now plan to capture 5 MtCO2/year by 2030 – primarily form natural gas processing sites. The speaker from the OGCI proposed the Gulf region even has the potential to act as a provider of a CO2 storage ‘service’ for the wider region, including India.

The equally pressing need for CCUS in the coal power sector came more to the fore in presentations from China, which seem to grow in number with each edition. A plenary speech from Huaneng’s Clean Energy Research Institute described current and future large-scale CCUS facilities led by various state-owned enterprises in the power and oil sectors, including China Energy’s recently commissioned large-scale capture and storage demonstration at the Jinjie coal plant.

Huaneng itself has been at the forefront of Chinese capture technology development, with a recent initiative seeing export of its technology to Australia, though a collaboration on the planned CTSCo demonstration project at Millmerran coal plant. During the technical sessions, a number of talks from China Energy’s own research institute ‘NICE’ looked at how CCUS could be applied to the company’s nearly 180-GW strong coal fleet, including a detailed unit-by-unit cost analysis. While some units could be retrofitted with CCUS for as low as $25 per tonne of CO2 captured, a total of 100 Mt could be captured per year at less than $37/t – welcome news indeed. Options for driving this deployment in the Chinese context could include awarding premium power tariffs or more operating hours, but the current shift towards a more liberalised market and carbon pricing makes for a moving target, bringing both opportunities and challenges.

The US remains a clear leader in CCUS deployment, founded in a thriving market for CO2 in enhanced oil recovery, and now firmly tied to climate and industrial policy through the ‘Section 45Q’ tax credit, which represents a significant incentive for companies undertaking CCUS. A plenary speech from recently appointed Principal Deputy Assistant Secretary for Fossil Energy Jennifer Wilcox affirmed the Biden administration’s commitment to CCUS as part of the country’s renewed climate ambitions, with a role in capturing emissions from power, industry and hydrogen production – as well as in carbon removal through direct air capture. Known as ‘DAC’, this last technology has risen in prominence as, while it remains significantly more costly than capture directly from industry, there is growing acceptance that CO2 will ultimately need removing from the atmosphere. This momentum behind DAC was exemplified by a talk from Oxy, who are funding the largest-ever facility at a site in Texas, using Climate Engineering’s technology to capture 0.5 MtCO2/y for EOR. Nevertheless, PDAS Wilcox maintained that lower-cost capture from point sources should remain the nation’s foremost priority.

Across four days of seven parallel technical sessions, there is a lot to take in at GHGT, although one major benefit of the virtual platform is the ability to rewatch missed sessions. I managed to attend a few live panel sessions in which leading experts discussed some of the big questions facing CCUS, including one addressing how different business models can be used to make CCUS a viable industry. Southern Company’s Richard Esposito spoke of how, even with the 45Q credit, CCUS in the electric utility sector remains challenging – particularly for natural gas plants, with their lower CO2 output. However, since clarification of the tax credit rules last year, a variety of flexible approaches to valorising 45Q are emerging in the US, such as joint ventures, delivery of CO2 or even flue gas to a third party, or credit sharing. The International CCS Knowledge Centre’s Beth Hardy gave a Canadian perspective, warning that, despite early successes with CCUS, the country now needed to prevent a flight of industry to the US in search of better incentives. Although Canada plans to rapidly ramp up its federal carbon tax, it is not always straight-forward for emitters to translate this into value from installing CCUS.  General consensus was found on the role for government in providing a long-term liability backstop for storage, the need for regulation to encourage both knowledge sharing and competition, and the inevitability of a broad spectrum of models to suit various regions, applications, and technologies.

Another interesting panel – now a regular feature of the event – lets proponents of various post-combustion capture technologies pitch their favoured solution, including sorbents, membranes, and various flavours of advanced solvent. Professor Gary Rochelle of the University of Texas Austin once again presented a convincing case that the most established technology – so-called second-generation amine solvents – will be ‘hard to beat’, with their large scale, high capture rates, and highly optimised energetics. Nevertheless, some key benefits of alternatives included the low temperature regeneration of Kawasaki’s solid sorbent process, and the chemical-free, modular simplicity of MTR’s membrane-based technology – both of which will soon undergo scaled-up testing at coal plants. The challenge for many capture processes has shifted towards minimising capital cost and environmental impact.

As highlighted in the IEA and the US plenary speeches, a growing theme in this field is the role CCUS can play in producing the clean energy vector known as ‘blue hydrogen’, in which fossil fuels are converted to hydrogen and the CO2 by-product safely stored. While most of the global interest in this technology focuses on methane reforming, the Kawasaki-led Hydrogen Energy Supply Chain plans to supply Japan with hydrogen derived from Australia’s Victorian brown coal. The pilot-scale first phase of this project began producing hydrogen for the first time this month, and the first shipment to Japan is expected later this year.

Despite the optimistic mood and expanding project pipeline, this research community still has relatively few real projects to discuss, and there remains a note of caution that we could merely be on the brink of another false dawn for CCUS – particularly given the economic strains of a post-Covid world. More than a decade ago, the demands of the global financial crisis shifted many governments’ focus away from CCUS and ambitious climate goals. Offering an appealing package of sharp emissions cuts combined with industry and job retention, as well as a sales pitch honed by past failures, CCUS has hopes of remaining at the forefront of the coming stimulus packages. When GHGT returns in France next year, we will have an even better idea of how successfully the technology has staked its claim.

This is just a snapshot of a vast and wide-ranging event – more session-targeted blogs can be found at the IEAGHG website.