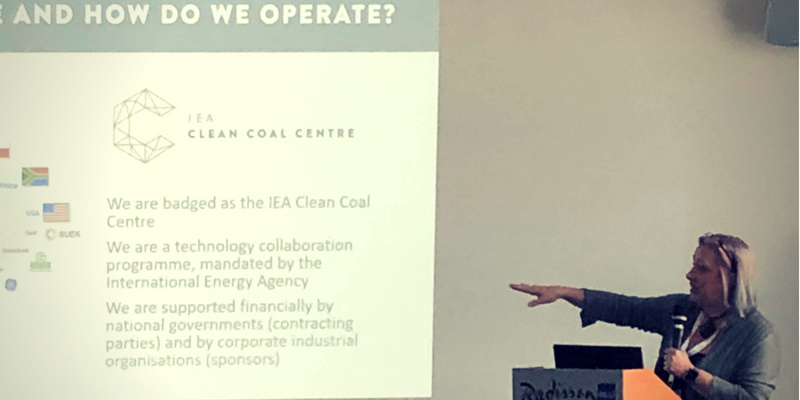 The MEC (Mercury Emissions from Coal) workshop series was launched by the Clean Coal Centre back in 2004 and it is still going strong after 13 years. It now covers all non-CO2 emissions and not just mercury, reflecting the multi-pollutant nature of most emission control systems. MEC visited Katowice in Poland back in 2009, but this time we have a fantastic location in the more central city of Krakow, only a few hundred metres from the historic market square and the castle.

This year’s meeting, endorsed by the Polish Ministry of Energy, has been generously supported by eight industrial sponsors, Cabot, BSEF, ADA-ES, Tekran, Gore, Howden, AkzoNobel and MEEC, enabling us to have our first exhibition area.

The meeting kicked-off yesterday with some animated discussion on the tightening emission limits under the EU Industrial Emissions Directive (IED) BREF (best available technology reference documents) versus the expanding use of coal in Eastern Europe, especially here in Poland. Both Brian Ricketts (Euracoal) and Kazimierz Szynol (Tauron, one of the four utilities in Poland) argued that, although the tightened IED emission limits are a desirable move towards continued cleaning of the coal power sector, in practice the limits are too stringent and will be technically and economically challenging at many EU plants, especially lignite units.

Until the intermittency issues of renewable energy are solved, baseload power will be needed to ensure security of supply across Europe.

And, as countries including Italy, the Netherlands, the UK and others, move along with their phase-out timelines for conventional coal power, there may well be a need for these countries to import more and more power from baseload supplies elsewhere in Europe, some of which may well be from coal-fired plants.

Several of the control system suppliers in the meeting room agreed that meeting the mercury emission limit at lignite units could be difficult for most standard control technologies. But, of course, most vendors were also happy to step up to that challenge and are working specifically to prove that their systems, many of which have been successful in the USA, can be adapted to meet the specific issues faced here in Europe.

The final presentation of the day was an announcement by John Pavlish (ME2C), a long-time regular at MEC meetings, of a new collaboration with Cabot, another of our MEC sponsors, to provide a dual-approach mercury control technology called “SEA”. The methodology combines the use of the proprietary oxidant added to the coal prior to combustion with a sorbent injection system downstream of the boiler. The system has been tested successfully on lignite units in the USA with early indications being that the technology would also be applicable to similar plants in the EU. A press release from ME2C today said:

“With continued regulatory influence from the ratification of the Minimata Convention and tightening European Union mercury capture regulations, our direct access to world renowned mercury capture experts and decision makers at MEC 13 is especially timely,” said Richard MacPherson, President and CEO of ME2C. “With the recent EU-IED regulation issued in the BREF, we expect Europe to become a significant commercial opportunity by 2020.

“We believe that the launch of our European licensing transaction with Cabot Corporation at a well-respected industry event such as the MEC 13 Conference will provide the market visibility necessary to further drive technology adoption amongst increasingly stringent mercury capture regulations in the European Union. We have begun testing with major utilities across multiple EU member nations and look forward to providing updates as appropriate.”