Opportunities and Challenges for South Africa’s Coal Industry in 2022 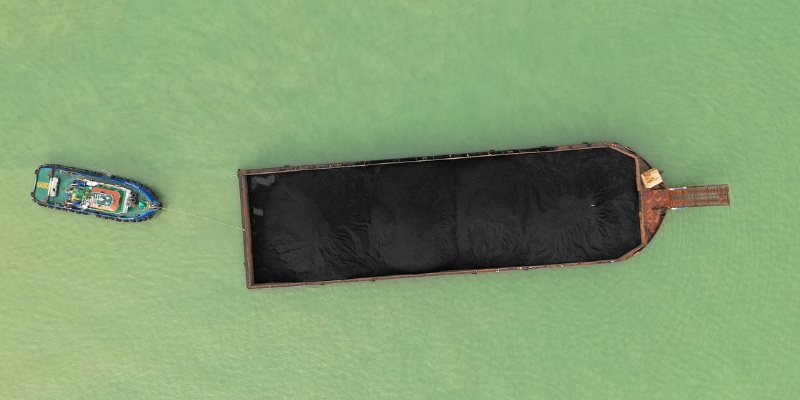 In February, I had the opportunity to attend an insightful webinar hosted by IHS McCloskey on the Opportunities and Challenges for South Africa’s Coal Industry in 2022. Part one of two sessions started with an appraisal of current international steam coal trends by James Peterson (IHS Coal, Metals & Mining) and Rajendra Singh (Komin India Resources Pvt Ltd).

While the first part of the webinar discussed the numerous coal supply constraints that have been major drivers of record prices in the thermal coal market, the second part covered a discussion on South Africa’s rail infrastructure in fascinating detail. Vast volumes of coal are transported by rail 500-600 km from the export mines to the major port of Richard’s Bay Coal Terminal (RBCT). The state rail company, Transnet, is responsible for almost all this movement of coal.

Thozama Mokoena of North Corridor Transnet Freight Rail explained the many challenges facing the company in 2020 and 2021. Like the rest of the world, Transnet had its share of problems during the Covid-19 pandemic, and the supply chain crunch that hit world industry and manufacturing also affected Transnet with a shortage of rail components, even for their more modern rolling stock.

Unfortunately, another problem emerged as the rise in commodity prices resulted in a rise in crime on the Transnet electrical network. The increase in copper prices led to a spate of thefts of overhead cables that supply power to electric locomotives and brought these rail services to a halt. In addition, substations and telecommunications were targeted for vandalism and theft. At its peak, organised gangs carried out around 50 incidences of theft or damage every week which put immense strain onTransnet’s operations. Over a 50-week monitoring period, Transnet suffered 2000 incidences.

Mokoene described in detail how Transnet responded by investing in modern security measures to monitor the electrified rail network with the use of drones, distributed acoustic sensing (DAS), sensors, CCTV and increased security patrols along the rail lines.

Although these measures deterred crime, criminals then moved on to unguarded parts of the network. Nonetheless, the new measures led to a reduction in theft and vandalism so progress was made. Transnet owes some of the success to its collaboration with other stakeholders along the coal supply chain, along with monitoring illegal scrap metal traders, many of which were selling the stolen copper on the world market.

The blow dealt by these thefts was softened by having access to coal mines that could source diesel locomotives which replaced some of the losses experienced along the electrified network, thus avoiding a greater reduction of throughput at RBCT.

Mokoene completed her presentation by revealing Transnet’s plans to improve the overall performance of the rail network to increase the capacity to move coal from mines to RBCT which currently has a capacity of around 70 million tonnes per year (Mt/y). However, the longer term future for Transnet remains uncertain as coal exports may decrease in the future, according to IHS analysis.

Randy Fabi (IHS Coal, Metals & Mining) discussed the phase down of coal power which will be partly aided by $8.5bn of funds promised by developed nations at the 2021 Glasgow climate conference (COP26) to develop alternative forms of generation. My own research clearly shows that without appropriate financial assistance from developed nations, South Africa approaches the decommissioning of coal power plants with caution, as the government must also consider the impact of power plant closures on employment in the coal mining and transport sectors, and the energy security of the country.  In a country already affected by high unemployment, the strategies of both the electricity and the mining sectors in South Africa are closely intertwined.