Challenges and opportunities of using clean ammonia as a fuel 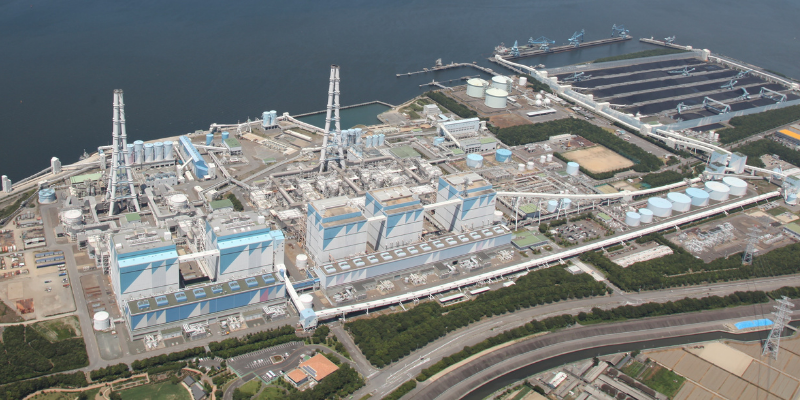 As discussed in my previous blog, ammonia as a low-carbon fuel can be used to decarbonise energy-intensive sectors and so can play a critical role in the clean energy transition. Significant progress in the development of ammonia combustion technologies for applications in power generation and maritime shipping has been made recently with several commercial demonstrations scheduled for 2024-25.

However, the widespread deployment of ammonia fuel use will be largely influenced by factors such as cost and availability of ammonia fuel, existing transport, storage and distribution infrastructure, policy and incentives for uptake, and social acceptance.

A major barrier to the utilisation of low carbon ammonia as a fuel is the cost. There are three well established technological routes for ammonia production: natural gas SMR (steam methane reforming), coal gasification and water electrolysis followed by the Haber-Bosch (H-B) process. Ammonia produced today is predominantly unabated fossil fuel-based brown ammonia with natural gas SMR plus H-B process accounting for over 70% of global production. Electrolysis and the H-B process provide a technical route for green ammonia production if renewable energy is used to power the entire process. However, electrolysis is more energy intensive, has a lower overall efficiency, and electrolysers are expensive, leading to higher costs of green ammonia. CF Industries of the USA, one of the world’s largest ammonia producers, estimated that the cost to make green ammonia would be about $500/t, which is 3.3 times higher than the $150/t for brown ammonia. CF reckons that green ammonia could be sold for $2200/t as a fuel in the alternative energy marketplace, which is over 6 times higher than CF’s average selling price of about $350/t for brown ammonia for fertiliser in 2019. Several analyses all indicate that green ammonia costs are more than double that of conventional ammonia. 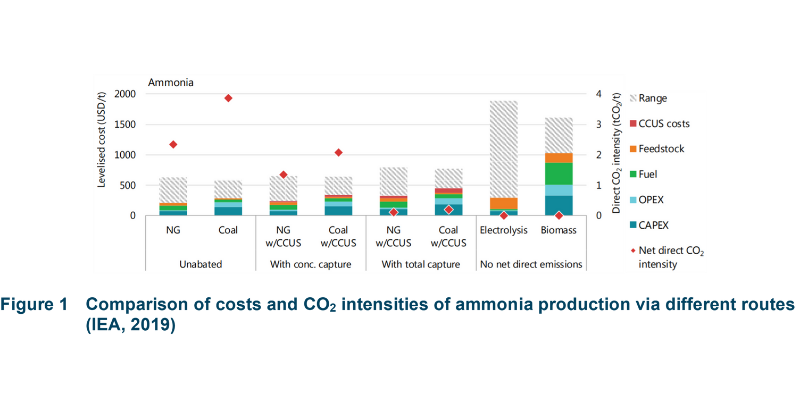 Blue ammonia can be produced by adding carbon capture to ammonia production. SMR generates a stream of pure CO2 (process CO2) which is ready for use or storage. Since the ammonia production processes require a large input of energy in the form of heat and electricity, it is important to use renewable or fossil fuel-based energy with carbon capture, utilisation and storage (CCUS) to power the production processes to minimise carbon emissions. Capturing CO2 emitted during the generation of steam, heat and electricity needed for ammonia production requires installation and operation of CCUS systems with added costs, which are estimated to be 10-25% more for the natural gas-based routes and 15% more for coal-gasification routes. The costs and carbon intensity of ammonia produced via different routes from a are compared in Figure 1 from the International Energy Agency (IEA).

Japanese researchers found that the total delivered cost (including production, transport, unloading, re-evaporation and distribution costs) of blue ammonia imported from Gulf States could be $392/tNH3, compared to $310/tNH3 for brown ammonia. The cost of ammonia could be reduced If the captured CO2 can be sold for enhanced oil recovery (EOR). The 26.5% increase in the total costs from decarbonising ammonia production is considerably than the cost of green ammonia, making blue ammonia a potentially viable choice of low-carbon fuel. In addition, this cost increase can be offset by some supporting policies such as carbon pricing and carbon taxes.

Another big challenge is the availability of clean ammonia fuel. At present, global ammonia production stands at around 180 Mt/y; 10% of it is traded internationally and around 80% is used as fertiliser. However, if ammonia is to play a significant role in decarbonising power generation, transport and industrial sectors, much larger volumes will be needed. As an indication, cofiring 20% ammonia at a 1000 MW coal power plant would consume 0.5 MtNH3/y. For all coal-fired power plants in Japan to cofire20% ammonia, 20 MtNH3/y would be required, an amount comparable to the current global volume traded.

The potential use of ammonia as an energy source and energy carrier in a range of applications could create a billion tonnes per year market, a volume many times over today’s total production capacity and the international traded volume. The likely substantial increase in future demand for ammonia will require a massive scale-up of ammonia production capacity. Also, extending ammonia use as a fuel, will need it to be available in the right locations at the right volumes. The existing ammonia distribution network including port, storage and distribution facilities will need to be expanded significantly. A huge amount of capital investment will be required As new projects normally take several years to plan, finance and execute, early decisions and actions on new constructions are needed to establish and expand a supply chain of clean ammonia that can meet future demand.

Several green and blue ammonia production projects have been planned or are in development. While economies of scale favour conventional ammonia plants, most of the green ammonia projects are relatively small, in tens of thousands of tonnes output per year compared to half million tonnes or more per year for a conventional plant. This is because that the average size of today’s wind and solar power plants could not support a standard H-B process. As a result, green ammonia projects will have higher capital intensity compared with SMR plus H-B plants, although the gap is expected to narrow in the medium to long term with decreasing electrolysis unit costs and technology advances. Also, the current renewable power generation capacity is far from adequate to supply the grid while also supporting green ammonia production. Therefore, the availability (production volume) and costs of green ammonia may constrain its utilisation as a clean fuel. However, in the short to medium term, blue ammonia could be produced at large scales and at lower costs by retrofitting carbon capture facilities to existing ammonia plants and building new ones with CCUS. The production and use of blue ammonia could enable the early adoption of low carbon ammonia fuel and facilitate the transition towards increased utilisation of green ammonia in the longer term. 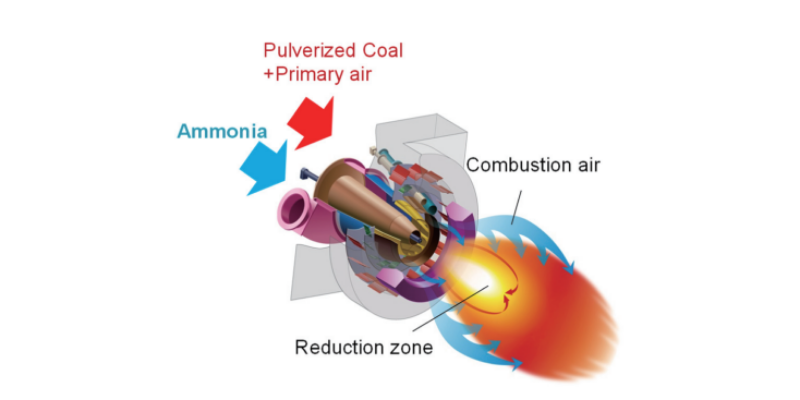 Ammonia is a toxic gas. Prolonged exposure to a high concentration of ammonia can damage to human health or even cause death, so great care is required to prevent and control its leakage. Ammonia has a distinct pungent smell, and hence, is readily detected when its concentrations in the atmosphere reach a few ppm. As the second most produced chemical that is traded globally, ammonia is considered relatively safe. Extensive safety protocols and guidelines for industrial practices have been developed over the past century to mitigate its toxicity risk. However, expanded ammonia usage could result in a pervasive odour in the vicinity of high use areas causing a nuisance and public health and safety concerns, which may lead to issues of societal acceptance of ammonia use in urban environments. In addition, large scale combustion of ammonia could result in emissions of N2O and NOx so the impacts of ammonia use as a fuel on air quality and the environment require further analysis. Recent studies on ammonia cofiring with conventional fuels indicate that existing technologies are likely to be able to mitigate both ammonia slip and NOx/N2O emissions, though they will need to be proven effective in commercial scale applications and in higher cofiring ratios.

Large-scale deployment of ammonia utilisation as a clean fuel will need policy and regulatory support. A successful uptake of ammonia fuel use depends on the development of supportive policies, incentives, national and corporate GHG reduction targets, and require the establishment of efficient safety legislation for extending the use of ammonia as a fuel in various sectors. Policies and regulations could play a pivotal role in the adoption of clean ammonia fuel, similar to how they incentivised investments in renewables. They could include mandates, direct carbon pricing, carbon taxes (such as the 45Q adopted in the USA), and low- and/or zero-carbon fuel standards. New financing mechanisms and short-term financial support such as through investment in foundational infrastructure, subsidies to encourage end-use adoption and drives to scale up production are also critical to attract and de-risk investment.

Extending ammonia use as a fuel into power, transport and other industrial sectors means  the infrastructure of ammonia production, storage and distribution will need to be expanded substantially which requires large investment. This poses a challenge but also provides an opportunity to investors to invest in a potentially huge market. The winners of the contest will put themselves in an advantageous position across the value chain of blue and/or green ammonia production, supply and distribution. To ensure the establishment of a clean ammonia supply chain, Japanese (and recently joined by Korean) firms are already collaborating with companies in the Gulf States, Australia, Norway and Asia, while promoting the use of ammonia in other sectors and other countries. Equipment manufacturers who have developed the ammonia combustion technologies will be able to expand their business into the clean energy field while fossil fuelled applications are under pressure to phase down or phase out.

Analyses by scientists around the world have shown that substituting fossil fuel with green or blue ammonia for thermal power generation and transport can lead to life cycle GHG emission reductions. For example, Japan’s power generation sector currently emits about 400 MtCO2/y. It is estimated that cofiring 20% ammonia at a 1000 MW coal power generating unit could avoid 1 MtCO2/y emissions. Cofiring 20% ammonia at all coal-fired power plants owned by Japanese major power companies could result in a decrease in CO2 emissions by 40 Mt/y. If all coal power plants in Japan were to convert to 100% ammonia firing, the annual CO2 emissions from its power sector could be halved to 200 Mt/y. A recent study by the IEA concluded that substituting coal with clean ammonia for power generation can lead to about 80-95% reduction in CO2.

Ammonia clearly has potential to become a key element of a netzero energy mix, especially in energy-intensive sectors such as power generation, transportation and some industrial processes. Ammonia fuel use will face several challenges – the high cost and limited availability of low-carbon ammonia are the two major barriers.

The challenges can be tackled with continued R&D, new regulatory, supporting policies and incentives. In the meantime, blue ammonia can offer a quicker and cheaper start for a gradual transition to green ammonia utilisation.

A new ICSC report, The Potential Role of Ammonia in Clean Energy Transition, will provide more detailed discussions of the challenges and opportunities, techno-economic analysis and life cycle analysis of ammonia fuel use. The ammonia production, transport and distribution and utilisation, the latest development in green and blue ammonia production and in the ammonia combustion technologies for application in power generation, transport and industrial processes are reviewed in the report. 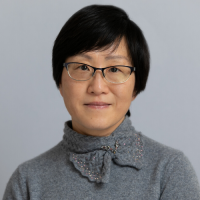