Reflections from a successful CCT 2019 in Houston, Texas 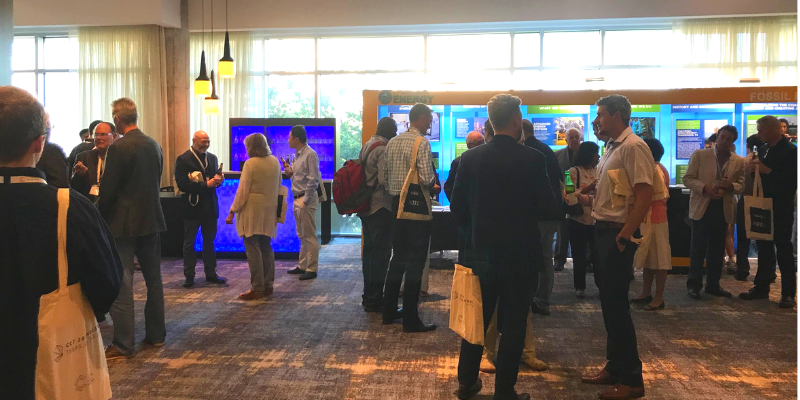 It’s been two weeks since we wrapped up our 9th Clean Coal Technology conference at the Hyatt Regency Galleria Hotel in Houston, Texas.

The climate was humid, and temperatures were regularly in the late 20s (°C), so I was thankful for the air conditioning and refrigeration made abundantly available in the hotel. Of course, all of this is made possible by the availability of reliable and consistent electricity supplies.

Some particularly standout presentations were delivered by keynote speakers from GE on the latest HELE (high efficiency low emissions) technology with their systems achieving a near 50% efficiency, quite a staggering feat of engineering for a coal-fired power plant in single cycle configuration. Added to this, the technology exists to clean up 99% of pollutants and reduce CO2 emissions by 40% (compared with traditional subcritical coal plant technology) and is commercially available today.

Another standout was NETL’s opening presentation in the 3rd parallel session on obtaining rare earth elements (REE) from coal. Rare earth elements have added 17 new entries into the periodic table since I last memorised it in the 1980s and are now some of the most essential materials needed for modern society. However, with the majority of the world’s REE coming from one country, there’s an urgent need to find diverse sources. It’s exciting to, therefore, discover that some coal and coal waste is abundant in REE. The reuse of coal waste can partly mitigate the environmental impacts of storing it, while giving it a value from extracting REE. Work is currently at pilot scale and the results are promising for scale up.

While I’ve only mentioned two talks here, each technical session across the three rooms was outstanding, and the week concluded with a site visit Petra Nova plant just outside of Houston, Texas. Removing almost all the CO2 from the flue gas of a coal plant is no small task, and the engineers and technicians at Petra Nova have done it. It’s a grand project that showcases how international collaboration between US and Japanese corporations can succeed.

It just leaves me to say, there’s no better place to discuss innovation and progress than Houston – a city that is leading the future of space travel on an exciting and adventurous pathway, and the same can be said for the future of clean coal technology.