The annual Coal Science lecture was held at a different location this year – at the Institute of Chartered Accountants, an attractive building with statues on the outside. The speaker was Dr Nigel Burdett, the Head of Environment at Drax Power Ltd. The title of his talk was ‘Coal and biomass – synergies and differences’. His presentation is available for download. Nigel gave a stimulating talk about how Drax is managing the change from coal firing to some units firing 100% biomass. The conversion is a political one, with the government pushing for Drax to convert entire units to 100% biomass, instead of co-firing biomass with coal. The first unit was converted in 2013, with the second and third units following in 2014 and 2015. Further units may be converted later. Benefits of biomass firing over some other renewable sources are that it is independent of the weather, season and time of day, and can load follow (as can coal-fired power plants). The principal benefit is the CO2 emission reduction – Drax was the largest CO2 emitter in the UK. The use of biomass allows easier compliance with the Industrial Emissions Directive (IED) in 2016.

The conversion process has been a steep learning curve for the company. A lot of work was done to assess the potential and difficulties of using biomass at Drax. I was impressed by the changes that were necessary for the supply, transport, storage and handling of biomass. The wood is pelletised in the USA before transport to the UK. Covered railway cars are used to transport the pellets from the port at Hull to avoid getting them wet (which turns them into mush!) and to help avoid self-combustion. The biomass pellets have a lower ignition point than coal and so are more liable to self-combust. Storage silos have been built to a new design where the pellets are fed through the top of the ‘cigar-shaped’ silo and nitrogen gas is introduced from the bottom. There is also a CO2 inerting system if a fire is detected. A subsidiary company in the USA has built two 450,000 t/y pelletising plants in SE USA, and an associated port at Baton Rouge. This will help guarantee fuel supply to the power plant.

At Drax the pellets are smashed into a powder before injection into the boilers. Safety is of paramount importance. Airborne dust is a problem with the biomass pellets and therefore all the handling systems have had to be modified, and steps taken to avoid and/or deal with the dust. This has meant a change in the culture for workers at Drax – they now treat the dust as gunpowder! Overall Drax has spent around £300-500 million on the biomass supply chain.

There is no need for FGD with 100% biomass and so these systems have been taken out of service as each unit is converted to biomass. However, SCR systems do not work reliably due to poisoning of the catalysts.

Sustainability underpins everything that Drax does. They only burn biomass from sustainable sources to deliver carbon savings. Therefore forest productivity needs to be maintained. According to Nigel, Drax is probably the only company that has asked the UK government and EU for legislation on sustainability aspects of biomass production and use. Although the engineering and technical issues of large scale biomass combustion have been resolved, there is still some way to go on forest management and biomass production to convince governments and NGOs of its sustainability credentials.

After Nigel was presented with the Coal Science medal, people were free to enjoy the food and wine, meet new people and enjoy reminiscing with old friends. 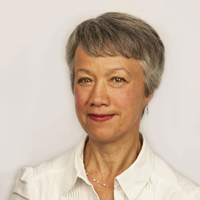 Anne specialised in the energy-water nexus and published a number of reports on water and coal. Anne wrote reports on a variety of topics including coal classification, combustion, coal analysis, power generation, polygeneration, PCI in blast furnaces, use of coal in direct ironmaking, CO2 abatement in the iron and steel industry, low water FGD and advances in multi-pollutant control.