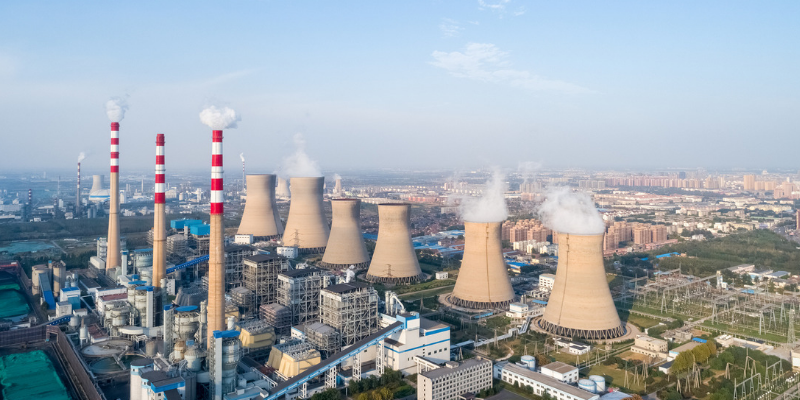 The claim by CoalSwarm that 259 GW of coal plants are under construction in China could be a gross overestimation by 350%.  Other authoritative sources such as the Platt’s World Electric Power Plant Database suggest that 74 GW of plants being built in China. In fact, the 259 GW claimed by Coalswarm is 35% higher than the 192 GW of capacity being built around the whole world across more than 30 countries.

As mentioned near the end of the article, power stations in China tend to run at part load. Thus the actual emissions will be lower than if the plants are assumed to be running at capacity. Another point to note is that 80% of all new capacity is the latest ultrasupercritical (USC) power designs which produce more than 20% less CO2/MW, use less fuel and emit less pollution than typical old subscritical stations operating at lower efficiencies elsewhere around the world. The increase in USC plant, particularly in Asia, provides an opportunity to equip the plants with carbon capture and utilisation or storage (CCUS) in coming years. CCUS is a tested technology already proven in North America on two coal plants, and has been in use in the gas processing industry for decades.

The BBC report is available here.

While the author of the blog identified the amount of plant capacity in China that is under construction as 74 GW, data referred to in the BBC article was in fact relating to plants under various stages of development (not just construction as indicated by the blog) in China. The breakdown of the Chinese developmental pipeline as defined by the authors of the original paper as follows:

Any discrepancy between the blog and the findings presented in the BBC article is based on the different interpretation of the term ‘plants under development’ and in no way aims to prejudice or misrepresent the outcomes of the original report, or harm the reputation of the authors. It is recommended readers access the report directly at the Coalswarm website.