The total global hydrogen demand in 2018 was around 115 MtH2/y, which was produced local to the point of use, almost entirely from fossil fuels. This was used primarily as feedstock in the refinery and chemicals industries, with coal accounting for around 27% of the hydrogen supply. The global demand for hydrogen is forecast to increase to perhaps as high as 650 MtH2/y, representing around 14% of the expected world total energy demand in 2050.

Low carbon hydrogen production from coal gasification with carbon capture, utilisation and storage (CCUS) and natural gas steam methane reforming (SMR) with CCUS are lower cost than low carbon hydrogen based on water electrolysis, typically by a factor of approaching three. Coal gasification with CCUS costs typically 1.6–2.4 $/kgH2 with the lowest cost being that in China. Learning by doing through large-scale commercial roll-out together with cost reduction through technology innovations could reduce the cost by perhaps 10–15% by 2050. In terms of emissions, the addition of CCUS at an assumed, conservative 90% capture rate can reduce the carbon intensity of this process to below 3 kgCO2/kgH2. Whilst this is good, it is not consistent with net-zero emissions, so capture technology with increased capture rates approaching 100%, or technologies such as the Allam Cycle based on supercritical CO2 working fluid, should be explored in the medium-long term in the transition to 2050. Cofiring a portion of biomass or waste with the coal feedstock, coupled with CCUS could lead to net zero or even negative CO2/kgH2 which would help to ‘future proof’ the gasification plant.

Near-term actions are required to overcome barriers and reduce costs to increase the uptake of low carbon hydrogen from any source, including fossil fuel with CCUS, nuclear, geothermal and renewables. This includes policy actions to send positive long-term signals to potential investors, stimulate demand for clean hydrogen in existing and new markets, reduce investor risk and develop business models, set the agenda for technology research and development (R&D), demonstration, large-scale first of a kind deployment and finally to support the establishment of a regulatory framework. 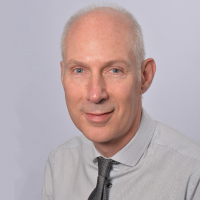 Greg has over 30-years’ experience in the energy related industry with specialist knowledge in clean energy systems.
Read more >