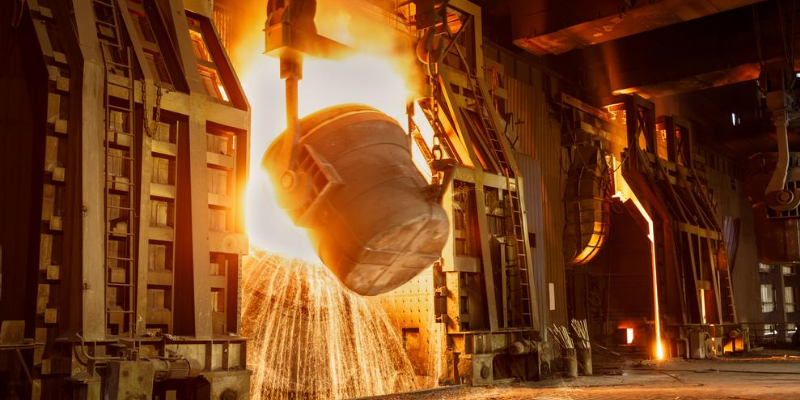 Steel is an essential raw material with a wide array of applications throughout society. Globally, iron and steel industries use methods that require metallurgical coking coal, chiefly the integrated blast furnace and basic oxygen furnace method (BF-BOF). This form of steel manufacture has changed little over the years, but the industry has become more competitive and efficient in its use of raw materials such as coal. Electric arc furnace (EAF) steel production is well established, but massive supplies of reliable and affordable electricity are limited in growing regions such as Asia. The BF-BOF method thus remains the main form of steel production and will sustain a market for coking coal for many years. The iron and steel sector is the principal market for coking coal; thus trends in the former drives demand and prices. Other factors that affect the coal market include the challenges faced by mining companies and dry bulk infrastructure. For large steel-producing countries such as China, India, Russia, and the USA, coking coal supplies are obtained from domestic resources. Other major steel producers such as those in OECD Asia rely on the international seaborne market to provide coking coal of sufficient quality. While coking coal reserves are abundant worldwide, the supply chain can face occasional challenges, such as weather-related impacts and industrial action. If supply shortages lead to high prices, the effect is felt by steel producers, whose operating costs are affected by raw materials. In carbon-constrained economies, the outlook for coking coal is more subdued. Yet, economies undergoing a more rapid energy transition increasingly rely on solutions such as wind power that are dependent on steel. The role of the BF-BOF plants will remain significant; thus, the role of coking coal could be substantial. Numerous possibilities have been considered to lower CO2 emissions from the steel industry by reducing or eliminating the need for metallurgical coke. These include the use of more scrap or shifting production to EAF processes. Other innovative developments such as hydrogen-based ironmaking or using carbon capture have also been explored.