The present report reviews activities taking place focused on the eventual large-scale deployment of carbon capture systems on coal-fired power plants. With this aim in mind, there are three main CO2 capture technology streams currently being developed and tested; these comprise pre-combustion capture, post-combustion capture, and systems based on oxyfuel technology. Although numerous other capture systems have been proposed, these three are currently the focus of most RD&D efforts and this report concentrates on these. More speculative technologies still at early stages in their development are not addressed.

The overall aims of this report are to provide an update of recent technological developments in each of the main categories of CO2 capture, and to review the current state of development of each, primarily through an examination of larger-scale development activities taking place or proposed. However, where appropriate, data generated by smaller-scale testing is noted, especially where this is feeding directly into ongoing programmes aimed at developing further, or scaling-up the particular technology. Each is reviewed and the status of individual coal-based projects and proposals described. These are limited mainly to what are generally described as pilot and/or demonstration scale. Where available, learning experiences and operational data being generated by these projects is noted. Technology Readiness Levels (TRLs) of individual projects have been used to provide an indication of technology scale and maturity.

For pre-combustion capture, post-combustion capture and oxyfuel systems, an attempt has been made to identify the technological challenges and gaps in the knowledge that remain, and to determine what technology developers are doing in terms of RD&D to address these. However, issues of commercial confidentiality have meant that in some cases, information in the public domain is limited, hence it has only been possible to identify overarching aspirational goals, rather than to report on individual detailed research plans and proposals. 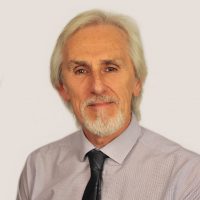