Summary
Global coal production fell just 4% to an estimated 6.9 billion tonnes in 2020 as the SAR-CoV-2 virus spread around the world leading to a pandemic and lockdowns that hit demand for fossil fuels and electricity, although with very different regional impacts. The Western world saw a sharp contraction of coal demand, notably in the EU where coal supply of 390 million tonnes was 22% down on 2019. In contrast, Asian coal demand remained buoyant in 2020. Coal production in China, at 3 690 million tonnes, was barely affected by the pandemic which began in Wuhan; demand recovered quickly in Q2 2020 from the disruptions seen earlier in the year. The IEA forecasts a strong rebound in 2021 with global coal demand rising 4.5% to above 2019 levels. Such a recovery trend has been visible in the EU during Q1 2021, with lignite production in Germany – the largest producer – up 25% on 2020. Of note in 2020 is that Turkey overtook Germany to become Europe’s largest coal importer as its imports rose to 39 million tonnes, with Russia being the most important supplier. On the international coal market, the ongoing tensions between China and Australia, including unofficial restrictions on coal imports, and early signs of inflation in the US make for an uncertain outlook.

Data from the market report is also presented on the new EURACOAL Coal in Europe 2020 map: 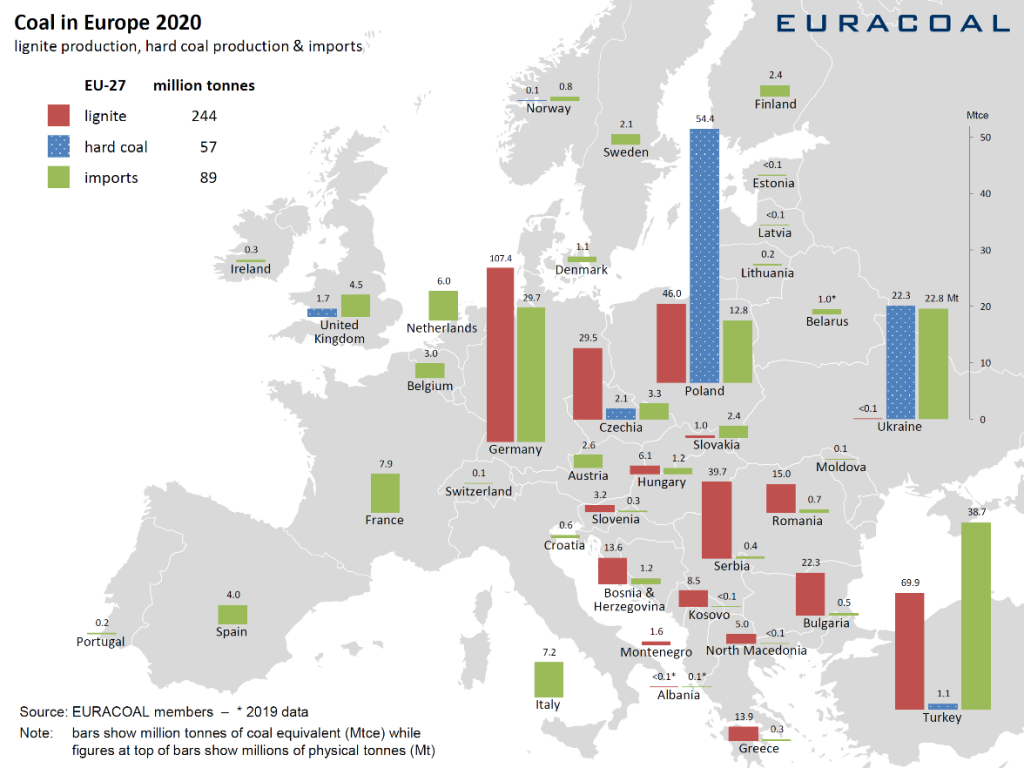