Renewables and network integration issues, with the UK as an example 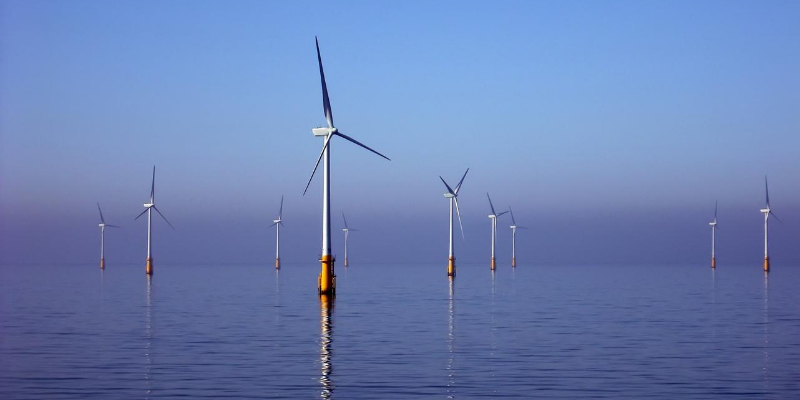 Many nations are working to increase electrical generation from renewable sources such as wind, solar, tide and wave. The majority of the public support the principle of decreasing generation from sources that emit greenhouse gases, namely gas, coal and oil.

In most wealthy countries the energy industry comprises private generating and distributing companies where the mix of energy generation is sought to be influenced/determined by the levers remaining in the control of elected governments. These can typically include subsidies, grants, varying Contracts for Difference and constraint payments applicable to favoured technologies and financial models for fast responding reserve and Capacity Market/back up from less favoured and/or less deployed technology such as CCGT, diesel generation, OCGT and coal.

This may imply a tautological truth that renewables are inexorably, seamlessly and dependably replacing fossil fuel-based electricity supplies within national grids.

This is not the case. There are harsh prevailing and unsolved challenges. There are consequences to the increase in renewables generation and penetration as it adversely affects the support of power quality and as the ability of existing transmission grids to cope diminishes.

Key among the challenges are:

In addressing these emerging VSC stability loss concerns, Scottish and Southern Electricity Networks (SSEN) have designed and integrated several levels of ‘bespoke mitigating’ technology to counteract existing low fault levels in the north of Scotland which recur when new nearby offshore and onshore windfarms are becalmed. Others across the UK and Europe may need to follow if the SSEN initiatives prove successful, but it will be technically challenging and very project specific. SSEN are now also to incorporate a giant flywheel at the load end of this £1.1bn HVDC link to seek further system stability (see below).

All these issues are becoming more acute as we seek to increase generation from renewables.

How has this happened?
In many countries, certainly in the UK, there is no centralised engineering body responsible for the holistic overview, modelling, determination, and provision of an energy system to best meet the needs of that country, all elements considered, including carbon reduction, and the safeguarding of the security of supply of the national network. In general, of course, outwith power system professionals there is little understanding and appreciation of the real growing challenges at large and the as yet unsolved technical constraints.

UK Carbon Reduction
During the recent UK ESO claimed ‘longest period of coal free operation in Britain’ since the Industrial revolution, the UK imported 10 per cent of its electricity from Europe. However, much of the imported power is coal-generated so during this claimed ‘record setting’ the UK electrical power was not ‘coal free’.

The UK has been working towards a further 6 or 7 interconnectors to mainland Europe which will lead to us increasingly ‘offshoring’ our CO2 as we address ‘Net Zero’ since the carbon data for imported electricity is not counted in UK statistics. This is increasingly referred to in the profession as taking the “least cost pathway to decarbonisation”. It may avoid the UK generators paying a carbon tax on fossil-fuel generated power within the UK, but does little for global emissions of greenhouse gases. It is not just the UK which is pursuing increased reliance on interconnectors.

So what future for the UK as an example?
As we increased unpredictable/ non- despatchable/ and now embedded (distributed) variable renewables our grid is under growing pressure and we are having to play catch up. Yes, renewables have their place but always within a stable grid.

The major grid failure on 9 August 2019 is an illustration of several of the problems described above coalescing. A lightning strike triggered the failure of Hornsea windfarm and Little Barford CCGT power station. As a result, the National Grid lost control of frequency, supplies to 1.15 million customers failed or were ‘load shed’ (disconnected) and around 30 trains tripped on low frequency. Most of these trains had to be reset manually which took hours and caused cancellation/part cancellation of around 590 services. Neither Hornsea nor Barford could meet their Grid Code “ride through” obligations and the Electricity System Operator (ESO) had insufficient reserve available. Consequential tripping of embedded generation on falling frequency was also a major contributor.

In January Ofgem (the government regulator for the electricity and natural gas markets in Great Britain) completed their initial research into the incident and tabled 50 pages of concerns of national importance across the roles and engineering of the ESO, the two generating companies and two distribution companies involved. The report amounts to a relentless and precise identification of myriad technical and procedural failings across the board.

Ouch!
Renewables penetration has reached the stage where the ESO are publicly advising that the Grid needs more inertia and reactive power capability to support frequency and voltage stability as a result. As large synchronous stations close, the position worsens. All of the UK’s hugely stabilising nuclear stations, bar Sizewell, will be closed within the next few years. Many of us in the profession have been predicting this inevitability for many years and the ESO similarly would have been aware throughout. The ESO’s declared approach is to now call for this to be actioned and inertia and reactive power to be purchased by the grid users to pay for it. This is a direct consequence of increasing renewables and will further add to the real costs of renewables. But first this capability has to be engineered and made available.

Scottish Power have been talking since October last year of central Scotland likely requiring up to 7 x 300 MVA synchronous compensators with large flywheels to protect their area of the Grid. These would also provide a much needed system fault infeed of 7000 MVA to protect system protection operation: this would address the stability reduction that followed from the closure of Longannet coal-fired station. I know of no other country in the world contemplating this relative scale of deployment. A prototype is at the research stage near Glasgow, so who knows what this will cost, how long it will take and if it will prove to be required widely across the UK? SSEN expect their proposed additional north Scotland flywheel to cost around £25m.

The ESO self termed ‘record’ length of ‘coal free operation’ is so much more complex than it first appears, and as highlighted by Ofgem, increasing the proportion of renewables on the grid raises important issues that require the ESO’s more urgent attention.

David B Watson is a Chartered electrical engineer who was in the energy business for 35 years 30 of which within Foster Wheeler Energy ltd where before retirement he was Manager of Projects of their Glasgow Operations .

This article is primarily a composite of two of his recent articles for the IET and the Scottish Herald newspaper Agenda column for both of which he has written many times.