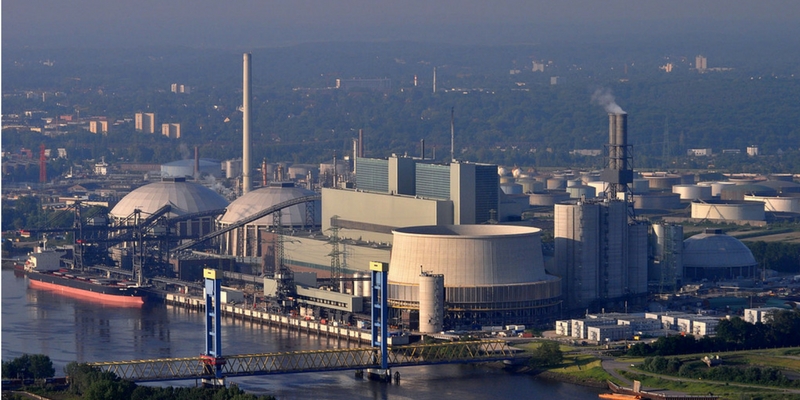 In the grey light of a November dawn, a multinational group of delegates from the G20/CEM workshop entitled ‘System integration of variable renewables – focus on supply side flexibility’ set out from Berlin. It had rained ceaselessly for the previous 24 hours and it showed no sign of stopping. We made our way steadily along the autobahn flanked by a dismal water-logged landscape. For long stretches, the land on either side was liberally peppered with hundreds of wind turbines. Apparently, German legislation insists that most are now located adjacent to main roads or railways, minimising land loss and visual blight. In the leaden skies above us, huge flock of birds made their way south. We, however, were travelling 300 km northwards towards our first port of call, Vattenfall’s coal-fired (2 x 827 MW) Moorburg CHP plant located on the outskirts of Hamburg.

When we arrived at the plant, the clouds abruptly cleared and we were treated to blue skies and sunshine, a good omen. First impressions were very positive. The entire plant was spotless and the site, on the banks of the River Elbe clearly well maintained. Moorburg is an important supplier of electricity to the city of Hamburg and its many industrial and commercial enterprises – the plant is capable of generating enough electricity to cover ~85% of the City’s entire consumption. Hamburg consumes ~13 TWh a year and Moorburg can supply ~11 TWh of this. The plant uses steam conditions of 27.6 MPa and has a net efficiency of 46.5%. Annual hard coal consumption is ~3.6 Mt, all imported – at the moment, 80% comes from Russia and 20% from the USA. CV is 25 MJ/kg.

On arrival, we were taken to the plant’s visitor centre where staff explained the background to the project and its day-to-day operation. Like many coal-fired plants, the original idea was that Moorburg would run predominantly on base load. However, as elsewhere, this is no longer an option. Germany’s Energiewende (transition to a low carbon, environmentally sound energy supply) has meant that the amount of electricity generated by wind turbines has soared. Consequently, Moorburg has had to develop and adopt strategies that allow it to operate on a much more flexible basis.

The output from intermittent renewables such as wind power means that inevitably, production can drop quickly. Plants such as Moorburg have to be able to react quickly to replace these losses, not the easiest of tasks for a coal-fired station. To meet this challenge, during the past couple of years, techniques and procedures have been developed and applied such that highly flexible operation is now possible. Unlike working on base load, the plant is constantly ramped up and down not only to meet fluctuating electricity demand, but to also provide almost instant back-up when wind generation falters. The plant is very good at doing this, and much of its success can be attributed to the development of the ‘Moorflex’ concept, a series of developments put in place at a total cost of 60 M Euro.

Over the course of a year or so, the Moorflex project optimised various plant systems such as firing, air/flue gas, water/steam and turbine control. The plant can now react quickly and smoothly – output can be increased or reduced by >600 MW within 15 minutes (this corresponds to the output of ~200 wind turbines). It can change load output at 48 MW/min and under special conditions, can reach nearly 90 MW/min. Low load operation is also an important feature as it is cheaper to keep the plant working, rather than shut it down and re-start it. Moorburg is capable of operating down to a minimum load of 25% while still maintaining stable combustion, significantly lower than many other coal-fired plants. Running at low load only requires two of the plant’s mills to be kept in service. As a result of this optimisation, the plant can undertake a cold start 20% faster than previously, a warm start 42-50% faster, and a hot start 40-46% faster. Under all conditions, less fuel oil is needed.

As well as flexible, the plant is also very clean. The state-of-the-art emissions control system ensures that emissions of SO2, NOx, mercury, dioxins and furans remain well below statutory requirements. Gypsum from the FGD system is loaded onto ships and exported to the UK where it is used for plasterboard manufacture. Furthermore, at full load, the plant emits ~75% of the CO2 emissions that older coal-fired units produce.

Overall, it was an interesting and informative visit. Moorburg is clean, flexible and one of the most efficient hard coal power plants in Europe. It shows what can be achieved when the right technology and operational procedures are put in place.