Kazakhstan and Coal Mine Methane 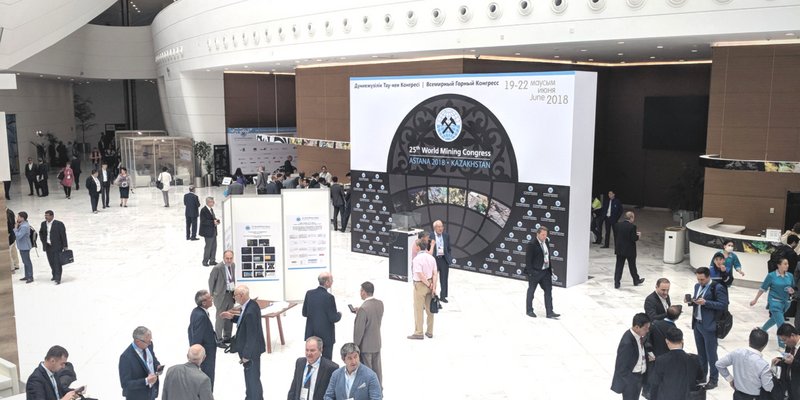 I’m not sure what I expected Kazakhstan to be like, but I was blown away. Astana is a beautiful, modern, and ultra-clean city. The Expo Centre spreads for several miles, with shiny new conference facilities and venues linked by parks and walkways, and with stunning art and architecture throughout.

This week the city was host to the 25th World Mining Congress, a huge conference and exhibition covering all areas of mining from coal through to gold. As part of the event, the UNECE (UN Economic Commission for Europe) Group of Experts on Coal Mine Methane (CMM) and the Global Methane Initiative (GMI) met up for a day of talks and networking.

There were several presentations relating to challenges specific to the local area – the mines in the Karaganda region are among the gassiest and most dangerous in the world. And so there was a whole session dedicated to studies on monitoring and preventing methane leaks and explosions. However, this issue of explosive levels of methane is not universal. In fact, one of the major technical challenges for CMM use is that 60-70% of these emissions globally are in the form of VAM – ventilation air methane. This is methane leaking from the open areas of working mines and tends to be significantly more dilute than methane from advance drainage sites (often below 3%) making it harder to capture and use economically.

For me, the recurring issue of the day was the continued challenge of obtaining funding for CMM utilisation projects. On paper, CMM projects are “no-brainers” – a win-win mix of cheap/free energy from leaking mine gas, improved mine safety, and reduced greenhouse gas emissions.

However, issues such as a lack of a clear policy framework, investment risks, ownership disputes, a lack of mature technologies (especially for more dilute ventilation air methane, VAM), and limited grid inter-connectivity to remote mine sites, have hindered many projects. Although tax incentives and subsidies have been provided in some regions, the level of their success is varied. For example, Germany uses 99% of its CMM, largely due to tempting feed-in tariffs. Conversely, in the Ukraine, the government taxed the added income from companies flaring or using CMM, causing mines to shut down these activities. This resulted in increased, uncontrolled, methane emissions to the air. The Ukraine government thankfully performed a policy u-turn, dropping the tax and introducing a penalty for flaring.

Many CMM projects in Europe have been hindered or stalled by low carbon prices, rendering them uneconomic. However, Bloomberg predicts that the carbon price will continue to rise  – the price has rallied in 2017-2018 and may even treble by 2030.

If so, the move away from conventional coal combustion in Europe, combined with this potential new carbon pricing advantage, may well lead to a flurry of renewed interest in CMM and VAM projects in the EU.

In some cases, the challenges for CMM projects are dramatic and localised – such as the stalling of a 3.2 MW project in the the Dunbass coalfield of the Ukraine due to the current military activity in the region. However, a technically similar site at Stepnaya in Kazakstan is currently at 1.6 MW scale and is expected to increase to 11.2 MW within the next year or so with the addition of seven combined heat and power units firing methane from local mines. The full-scale project is expected to be operational by 2021 and, once established, will form the basis for several similar “cut-and-paste” projects in the region. 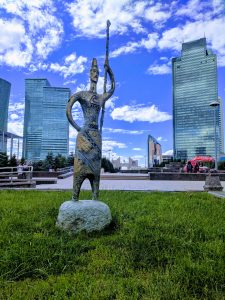 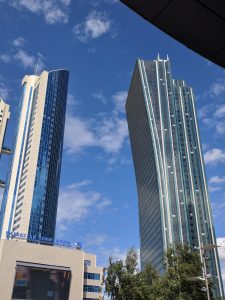 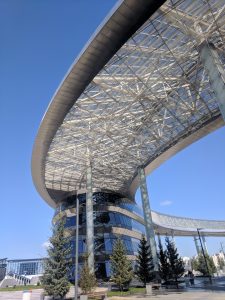 India has released several coal mine blocks for CMM projects but is finding it hard to find funding, turning now to a new call for international investors.

Perhaps unsurprisingly, due to the scale of its coal dependency, China is starting to lead the way in new CMM and VAM development projects. Currently 83% of China’s CMM is released to the air, accounting for 5% of the country’s GHG emissions. A handful of new projects have been initiated to capture and use this methane, several of which focus on thermal oxidisers – technologies which can produce power from even very low concentrations of methane (< 3%). There are no carbon credits in China to help with funding of these CMM ventures. However, the government is reacting increasingly strongly to mining accidents such as methane explosions caused by uncontrolled emissions. Over and above this, the estimated CMM potential in the Shanxi Province alone is larger than the total gas reserves of the USA. The continued need for power in China could mean that projects such as the Yongquan CMM-to-power plant (costing $25 million and expected to commence full-scale operation in October of this year) could see a return on its investment within 4 years, an incredible speed for any energy project.

For those who are interested in CMM and VAM projects, the next UNECE CMM Experts meeting will take place during the UNECE Sustainable Development Week in October. More details can be found here.