Incredibly close and extremely cold in the UK

1 month ago
David B Watson 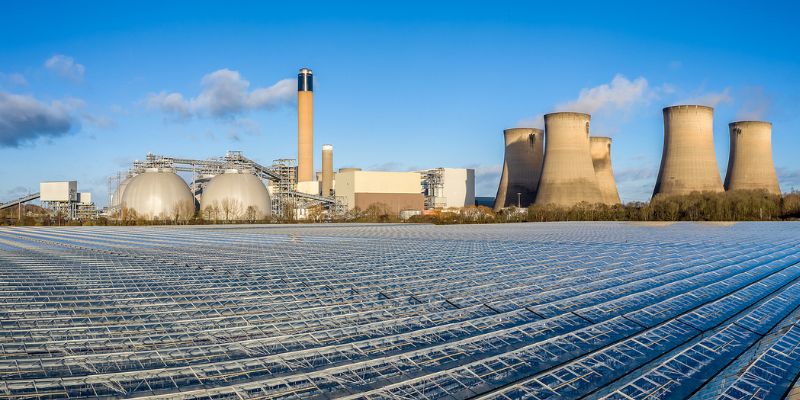 A UK energy supply regime that ensures security of supply whilst concurrently working towards net zero targets and coping with increasing input from renewables will need less input from our politicians and more from experienced, independent and uncompromised professional power systems engineers.

Witness the wholly predictable close call the UK has had and continues to have over this past week (from 12 December) in ensuring we have sufficient electrical supplies to avoid ‘load shedding’, that is, regional black outs instigated by the National Grid. This is all the result of low temperatures raising demand and high atmospheric pressure causing collapse of wind generation combined with low solar output attributable to dull weather in the south as we approach the shortest hours of daylight.

Yes, we import power from abroad via interconnectors supplying both electricity and gas but our politicians privatised power generation in the UK from 1990 which coincided with the ‘Post Cold War’ era. Little geopolitical stress testing seems to have been done, or done comprehensively enough, to establish a reliable risk analysis model of such a policy. It was allowed to happen organically and uncontrolled, with little directional oversight by our myriad, short term, Energy Ministers.

As a Chartered electrical engineer with 35 years in the energy industry I have been trying through many published articles over the last 10 years to get the point across that we cannot run a three-phase alternating current power grid such as we have in the UK based on wind and solar with nuclear power alone providing synchronous generation. Present 500-600 MW nuclear units cannot be started or varied quickly enough to respond to variations in output from renewables, as it causes xenon poisoning in the fuel rods requiring days to recover. New nuclear developments need to find a way around this if they are not to remain as baseload options.

How close did we get to blackouts? On Sunday 11 December, the National Grid had to contract to buy around 14% of the UK’s electricity needs from our European friends, close to our entire nuclear output, at more than 2500 £/MWh for the Monday evening peak period of 5.00- 6.00 pm. This cost 800% of that week’s UK wholesale price of around 320 £/MWh.

National Grid also instructed Drax to ‘warm up’ its two remaining ageing coal-fired generator units for Monday evening. They are normally reserved for extreme emergencies, and can only generate around 500 MW each. (A Longannet-sized reserve would have delivered 2400 MW). Although the two Drax units were later stood down,  it  illustrates National Grid’s heightened level of concern. Around 8.00 pm on the Sunday evening, Scotland was importing 973 MW from England, which was equivalent to the output of Torness nuclear power plant at the time or 30% more than the capability of Peterhead gas-fired station. Torness, it should be remembered, will be closed around 2028 leaving only one of the UK’s present six nuclear power plants operating, as the French owners, EDF, retire them.

At 11.00 am on Monday 12 December, UK wind output was contributing 2.86% , solar 1.99% – that is 0.9 GW from an installed capacity of 11 GW as calculated by Sheffield University. Gas was providing 55.8% of UK demand. It is worth noting too that Uniper, who own and operate seven gas-fired generation plants in the UK has this week reported a record €40 billion net loss, almost the largest in German corporate history. Frequently, we cannot keep the lights on without these plant. Of additional huge concern, compared to Germany with 89 days gas storage, France with 103 and the Netherlands with 123 days, the UK storage capability is less than 9.

The lack of reliable output from wind and solar should be common knowledge and priority given to the development and installation of low-carbon, flexible, dispatchable power.

We cannot leave our future grid to ’market forces’ and it needs to be modelled and directed through some form of National Energy Authority. The National Grid ESO is due to be wound up shortly following Ofgem concerns regarding its performance and replaced with a ’ Future System Operator ’. Let’s hope the government predominantly recruits suitable professional power systems engineers, precludes most politicians and gives the FSO the legal clout to plan, model and establish a properly risk assessed security of supply fit for the UK’s needs.

David B Watson is a Chartered electrical engineer who was in the energy business for 35 years 30 of which within Foster Wheeler Energy Ltd where before retirement he was Manager of Projects of their Glasgow Operations.