Blaming fossil fuels for the UK’s winter energy crisis – is it too early? 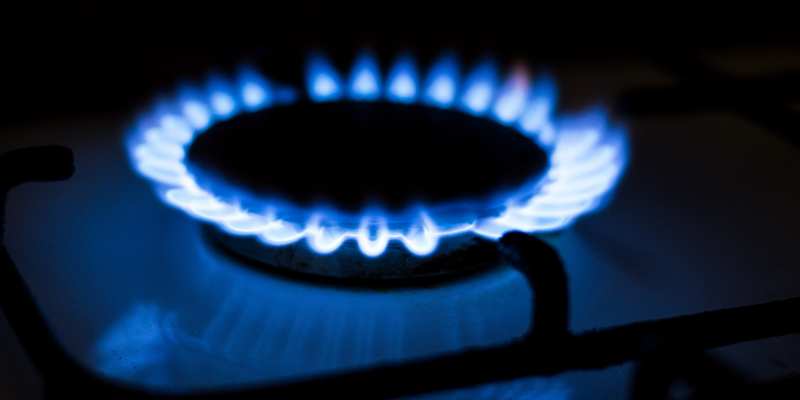 As the UK enters autumn, soaring gas prices have left the country in an energy crisis for the foreseeable future, according to the New Scientist (20 September 2021). Various events have led to the wholesale price of gas increasing by 176% since the start of the year ([1]). More than ten energy suppliers have gone out of business already, affecting 1.8 million customers. I’m one of them.

Gas prices have already impacted the UK food chain by making fertiliser production uneconomic leading to shortages of CO2 (a by-product of its manufacture). CO2 has many uses in the food chain from an anaesthetic in livestock slaughter to fresh food preservation. Added to this are the prospects of gas and electricity price rises resulting from increasing the price cap that is currently imposed on the energy retail business by the UK’s energy regulator, the Office of Gas and Electricity Markets (OFGEM). The UK media is inundated with reports attempting to pinpoint the main reasons for the massive energy price increases, but an article ’Blame fossil fuels, not renewables, for the UK’s winter energy crisis’ in the New Scientist [2] (29 September 2021) needs scrutiny.

At first glance, there is some sense in the statement. The UK’s dash-for-gas in the 1990s resulted in a massive surge in gas-fired power, which disrupted the generation market once dominated by coal and nuclear power. So we have increasing dependence on gas power, plus the scheduled closure of all coal plants by 2024, the phase out of gas power by the 2030s ([3]), and ageing nuclear power stations, together with inertia to shift household heating technology away from dependency on gas boilers. It seems the current gas-dependent market system could instigate broader problems than the New Scientist article suggests as rising prices of gas household heating and gas-fired electricity generation could impact efforts to transition to a more electrified society in a bid to become more carbon-neutral, in an affordable way.

Until 2011, the UK was self-sufficient in gas; now just 40% or so is domestic North Sea gas and 60% comes from abroad, either via pipeline from Norway, Belgium, and the Netherlands or as liquified natural gas (LNG) from Qatar via dedicated tankers which can only dock in a handful of specialist receiver ports in Pembrokeshire and Kent ([4]).

There are risks with the LNG market; for example, Asian buyers regularly outbid Europe for spot supplies of US LNG [5] , and transactions in one part of the LNG market can impact those in others. Most gas is supplied on long-term contracts; however the volumes of gas available to the UK are not immune to supply shocks from Russian pipeline gas to mainland Europe or spikes in demand from extreme winters. These effects are exacerbated in countries which lack buffer stocks of gas; as of September 2021, UK gas storage was some of the lowest of the major European economies ([1]).

In retrospect it is easy to criticise various government strategies to let the market operate freely, yet no one predicted the numerous events that have led to the energy crisis in the UK. Russian gas supplies are down and have been met with requests from the IEA to release more gas through its underused pipelines ([6]). Elsewhere in Asia, demand has increased for LNG, thereby inflating prices. Wind power has failed to operate at expected levels while nuclear power plants have suffered hitches, reducing their output.

A decade ago, the International Centre for Sustainable Carbon examined the power generation trends in SE Asia and observed that nations such as Indonesia, Vietnam, Philippines, and Malaysia had moved away from reliance on renewables and gas, based on energy security concerns (Baruya, 2009[2]; 2010a[3] ; 2010b[4]; 2013[5]). Blackouts were common since supply could barely keep up with rising demand, while grids also required investment. The result was development programmes to build sophisticated and cleaner coal power plants which offered a more affordable and reliable way forward for SE Asia which reduced the risks associated with energy systems reliant on renewables and natural gas. What could the UK learn from this?

In Asia, reliance on hydropower led to power supply shortages during prolonged periods of drought which occurred every few years, but in the UK, there is a greater commitment to wind, which can drop from day-to-day. If we consider the UK energy transition, the falling cost of wind power is compelling, and offshore wind offers considerably more output over the year than onshore wind. However, these falling costs have not translated into falling electricity tariffs for various reasons, despite the fact that renewables overtook gas and coal in the UK in 2020 ([6]).

Nonetheless, some UK Members of Parliament claim that the high energy prices may now be permanent ([7]). It’s worth observing recent data such as from Gridwatch which provides generating output from different power sources at 5-minute intervals. It shows that in the three months between 22 June-22 September 2021, wind power output dropped to less than 10% of its installed 15 GW capacity in 20 of the 93 days studied. The green energy supplier Ecotricity admitted in an interview with the BBC that wind power had underperformed in the UK; but as recent energy prices attest, sometimes these near zero wind days cannot be underplayed as mere blips.

The confidence in wind energy in the UK is such that reports of wind power ousting solar in terms of overall investment has pushed wind power to the centre of the government’s stated policy of a green industrial revolution to attempt to get the country on track to be a net zero economy by 2050 ( [8] [7] ). However, this highlights the challenges that UK faces in its green transition. Analysts across Europe are reluctant to address the issues caused by low wind output and rather steer conversation to the problems associated with the natural gas sector (Zuckman, 2021 [9]). While examination of the natural gas sector is valid, the whole picture is much broader and involves geopolitics as far away as gas exports from Russia and LNG imports into Asia.

What are the possible solutions to the UK’s own gas crisis? Possibly, the UK government could finance a more generous programme to replace the nation’s domestic gas-fired boilers with air-source heat pumps, electric heating, or incentivise hydrogen production to blend with existing gas supplies. Another alternative, according to the Telegraph, is to simply drill for more gas, spurring a fracking industry which faces considerable opposition ([10]). The nuclear industry believes its technology is the solution ([11]), but that it could be more than ten years before the benefits are realised, according to the New Scientist.

So, dependency on unabated gas and renewables may not be a prudent pathway, as experienced by markets in the Far East. An option that merits more focus, besides nuclear, is carbon capture on fossil-fuelled stations – these technologies are necessary for the 1.5 ˚C scenario but only recently gaining wide acceptance as an indispensable part of advancing towards a decarbonised world economy.

In the meantime, myself and a million others whose energy suppliers went bust this week will wait to discover who our new energy providers will be and what the changes will be to our monthly bills. The expectation that this is the end of cheap energy in the UK is not an overstatement, but something we should have prepared for, although nothing quite prepared me for the results from a leading price comparison site that could see my bill rising by £730 (US$ 1000) per year. It seems that the impact on vulnerable households in the UK could be severe in the coming months.