Another innovative idea from the Waigaoqiao No.3 coal power plant engineers 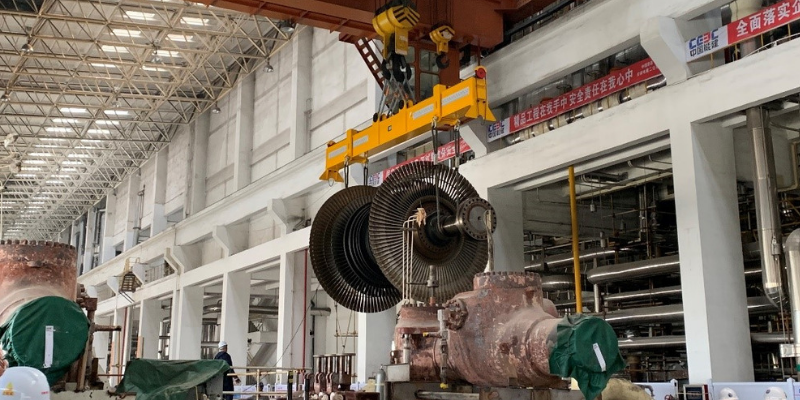 During the last two decades, China has seen a massive surge in GDP as it has increased its industrial output on the back of a rapidly growing coal-based power generation fleet. This was achieved through very focused policy relevant initiatives and tight regulations that saw China’s coal fleet transformed with rising operational efficiencies through introduction of larger scale units with higher steam temperatures and pressures, together with the introduction of state-of-the-art control systems for very low conventional pollutant emissions.

The IEA Clean Coal Centre has followed these developments closely with many studies undertaken that are freely available via our website at www.iea-coal.org. China is now going through a further phase of development as it seeks to limit carbon emissions both by continuing to improve its coal power fleet performance while introducing alternative energy sources, including nuclear and intermittent renewables. This offers many challenges that are leading to innovative solutions.

Thus, in the period to 2005, the Chinese coal power fleet comprised a wide range of relatively small subcritical units in the 50-300 MWe capacity range. At the same time, pollutant control was almost entirely limited to the control of particulates. With the rapid growth of the economy, from about 2005 there was a corresponding far-sighted policy driven programme to cease deployment of subcritical plant while steadily introducing larger and higher efficiency units together with a staged introduction of pollutant control measures.

The introduction of higher steam temperatures and pressures led first to operation at supercritical and then subsequently with ultrasupercritical conditions. To put this in context, the supercritical units could boost efficiencies from 39% to about 42% while ultrasupercritical units have achieved efficiencies that have steadily increased from just above 42% to about 49% (net, LHV basis), with developments and demonstrations underway to push these past the 50% mark. The current approach is to install plants that typically comprise 660 and more usually 1000 MWe ultrasupercritical (USC) units with state-of-the-art conventional pollutant control systems. These are commonly known as High Efficiency Low Emissions (HELE) plants. Currently in China, the national operational capacity of USC HELE power plants is some 224 GWe with a further 88GWe under construction.

The overall coal power capacity is close to 1100 GWe and now comprises a mix of 300-<600 MWe subcritical units, 600 MWe supercritical and 660-1000 MWe USC units. A 300 MWe subcritical unit can at very best achieve 39% efficiency while a state of the art 1000 MWe USC unit can have an efficiency close to 49% (net, LHV basis). The Chinese Government has continued its strict approach to increasing efficiency. Depending on the technology mix within each power company fleet, this is likely to require an increase in the proportion of zero carbon emissions sources such as renewables and nuclear together with steps to increase the average emissions profile of the coal plants. The introduction of drivers to encourage closure of the older of the 300 MWe subcritical units together with moves to ensure all new plants are USC HELE units. These include the setting of regulations that require each power company to achieve a tough efficiency standard for its overall power fleet so limiting CO2 emissions per unit of power generated.

In addition, the Chinese Government requires that by 2020 all the coal-fired power units should achieve an annual average UNE greater than 39.6% (LHV). This is designed to push the lower efficiency units off the grid. While the supercritical and ultrasupercritical units can readily achieve this target, for most subcritical units this will not be possible. Such subcritical units represent a significant part of the overall coal power fleet since their operational capacity is about 350 GWe, accounting for close to 35% of the total installed coal-fired power capacity. Typically, these units have typical steam parameters of 16.7MPa/538/538C in the size range 300MW-<600MW. The heat rate of a typical subcritical turbine is greater than 8000kJ/kWh at THA (turbine heat acceptance) condition, which equates to an annual average unit net efficiency below 37% (LHV).

The ages of such subcritical power plants vary, with the newer units being less than fifteen years old, having been built just before the policy driven switch to supercritical and then USC options. There is an incentive to upgrade these units, to achieve cost effective higher efficiencies, since their expected operational lifetime could be some 40 years.

Professor Feng Weizhong, with his team from Shanghai Shenergy Power Technology Co., Ltd., has a well-regarded reputation for developing and implementing significant incremental improvements to the Waigaoqiao No. 3 coal power plant in Shanghai. He has also designed innovative changes to the conventional turbine layout that are being introduced for demonstration in the early 2020s at the Pingshan Phase 2 project in Anhui Province. This comprises a 1350 MWe double reheat USC with adapted steam turbine layout that should achieve close to 50% net efficiency. The demonstration of this new technology variant will take place in the late 2020s.

Professor Feng has now turned his attention to providing the cost-effective high temperature retrofit for those existing 300/600MWe subcritical coal power units, which will result in a significant efficiency improvement that can be achieved at an acceptable investment level. His intention is to increase maximum temperature of the main and hot reheat steam from 538/538°C to 600/600°C, while keeping the steam pressure unchanged. It is estimated that the upgrade will enhance the unit’s power output efficiency to 42.9% for the 300 MWe units, and even higher for the 600 MWe ones, reduce its emissions by more than 10% and extend its overhaul interval from six to 12 years.

To turn these innovative technological ideas into engineering reality, Shanghai Shenergy Power Technology Co. Ltd. has signed a contract with China Resources Power for the demonstration of an upgrade of the 320 MWe subcritical coal power plant at Xuzhou, Jiangsu Province, China. Alongside this, Siemens recently signed an agreement with Shanghai Shenergy Power Technology to implement a high-temperature subcritical upgrade for the 320MWe steam turbine unit at the Xuzhou Power Plant. This will include adapting the control stage, incorporating advanced blade designs, plus ensuring additional steam extraction for the high-pressure pre-heater. 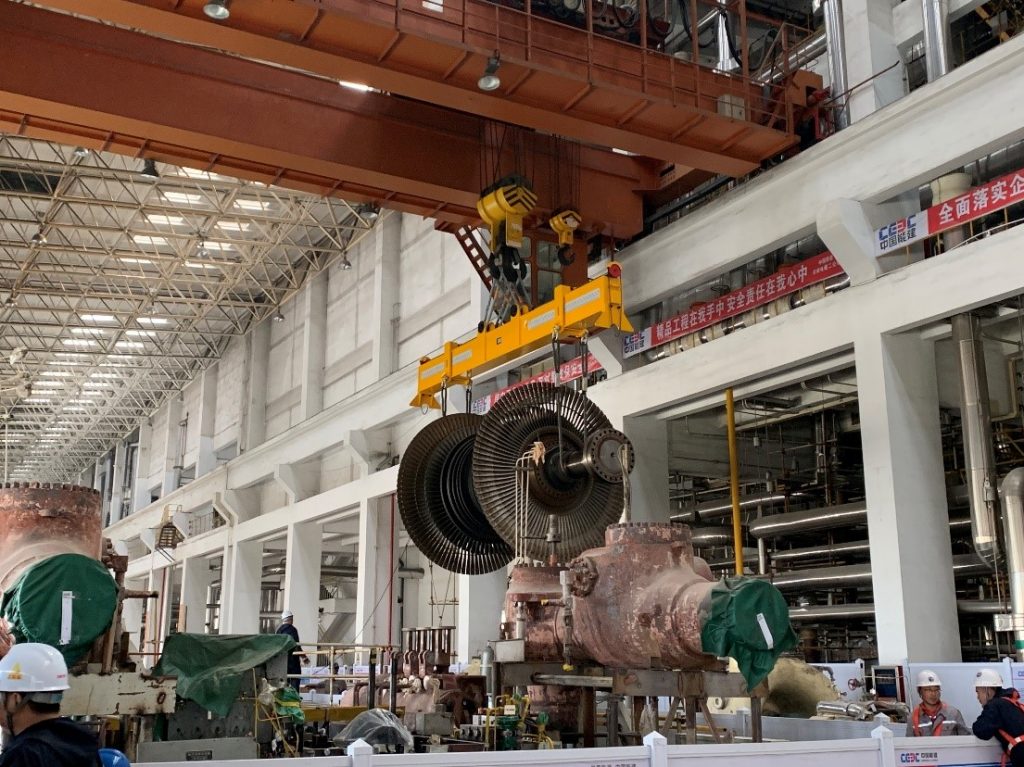 The boiler is modified in an innovative way so that the 600/600°C condition can be achieved with low construction and cost. 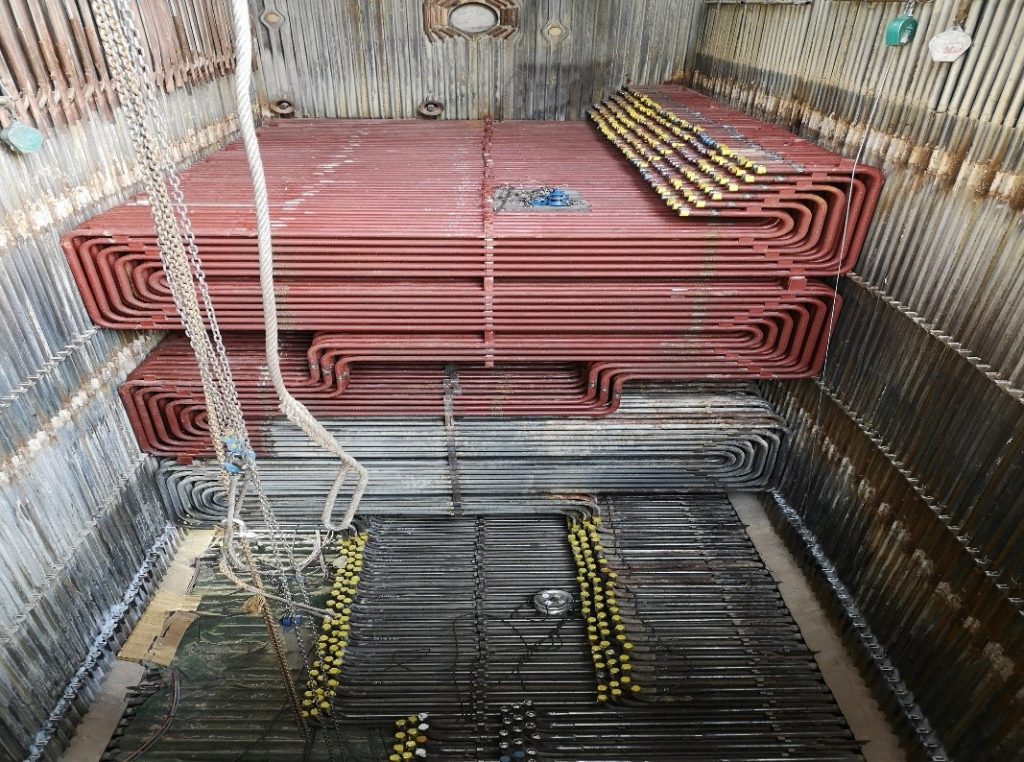 Together with the temperature improvement modification, other energy-saving and efficiency-keeping technologies will also be applied so that the unit efficiency can be further enhanced. This will help China Resources Power to lower the coal consumption of the subcritical unit by more than 10% to 287g/kWh, which is close to the USC level. This will increase the generation revenue of the plant, help reduce performance degradation so lowering maintenance costs significantly while improving the unit’s flexibility and availability.

While the retrofit is comprehensive, involving the boiler, turbine, piping and other related systems, the overall principle is to change as little as possible to minimise costs while ensuring the operational target will be achieved. For example, the boiler steel structure changes little and the height of the boiler is unchanged. It appears that the total cost of this high temperature retrofit of a 300 MW subcritical unit is about 1/3 of that of a new built unit. At the same time, the guaranteed efficiency is better than all the supercritical and even some of early deployed USC units.

For those who wish to learn more about this exciting coal power development, Dr Li Li, a key member of Professor Feng Weizhong’s engineering team, will be providing an in-depth presentation on the Xuzhou upgrade project at our IEACCC CCT2019 Conference, which will take place in Houston, Texas, USA from 4-7 June 2019. I hope to see you there. 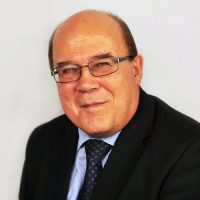